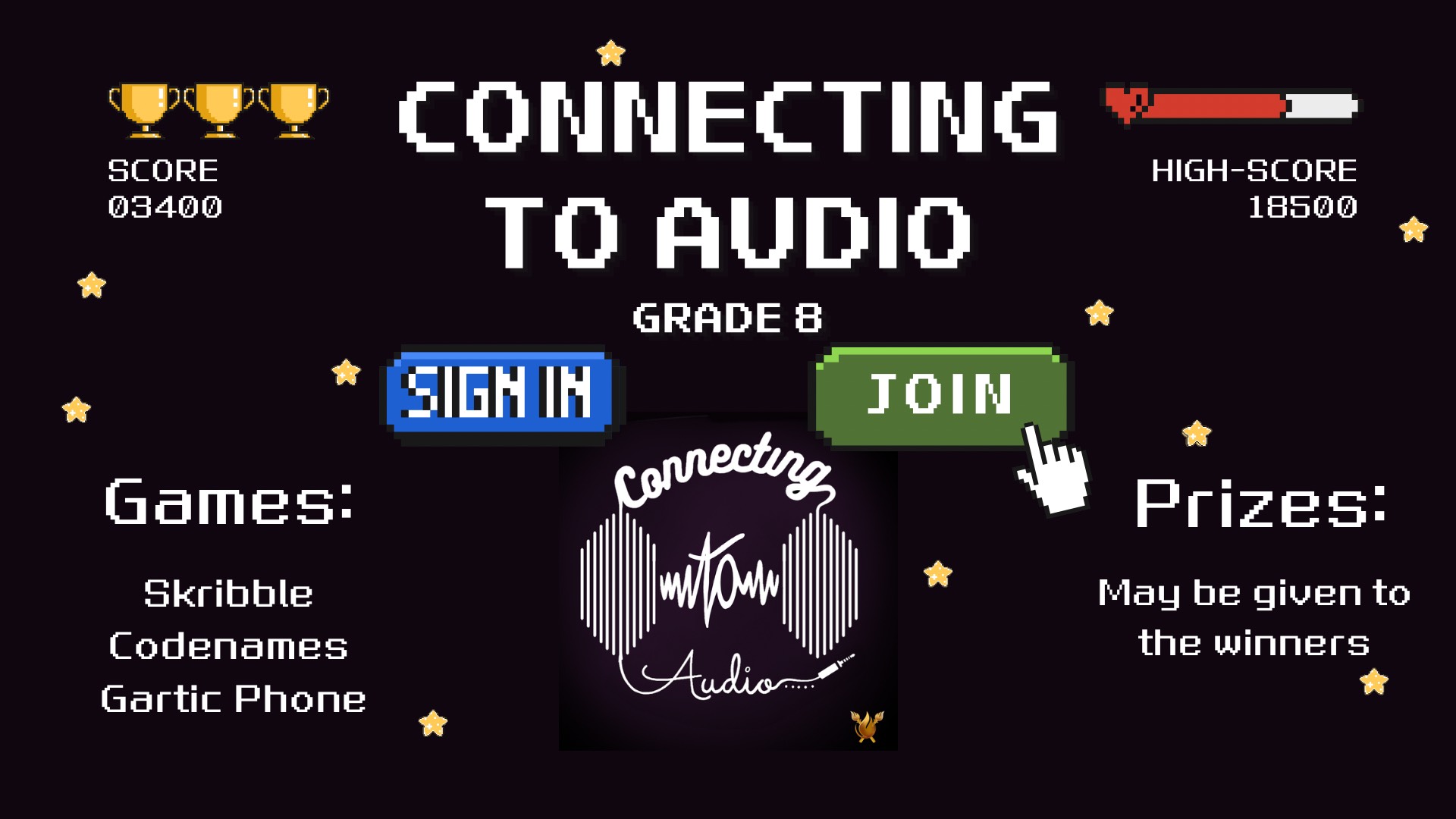 On November 18, 2021, some of the Grade 8 students of Xavier School San Juan came together online in an event entitled Connecting to Audio (CtA).

62 Grade 8 students came together in a short arcade-themed event which lasted for almost an hour. Organized by the Grade 8 Batch Council, the event was designed as a kumustahan session for friends to connect despite the restrictions brought about by the pandemic. The event was also meant for batch mates to get together and for new friends to meet, with some fun games to break the ice. Students played games like skribbl.io, Gartic Phone, and Codenames.

The event began with the hosts introducing themselves and giving the students a short rundown of the event proper. Then, the students entered breakout rooms to play the games mentioned above. Finally, after a short break, they re-entered the breakout rooms. This time, however, the objective was to chat rather than to play

Ethan Liao, the Grade 8 Batch Representative, was the one who came up with the idea for the event. When asked about his reasons for coming up with CtA, he mentioned separation caused by the pandemic and the lack of interaction between his batch mates. He wanted to help the Grade 8 batch become more connected and to forge new friendships.

Given the positive feedback from the students and the supervising teachers, the first session of Cta can be considered a successful one. Many of the students expressed their delight with the event and its games. The feedback overall was highly positive!

Only time will tell us what the next session of CtA will have in store. But the success of this session will be the baseboard upon which all future CtAs will be built. The writer of this article particularly enjoyed the event, and discovered that while students are physically separated, there’s a force that binds all Xaverians together. Xaverians just had to rediscover that force, and this event did just that for the Grade 8 batch.

XS to Play Against Chess Grandmaster