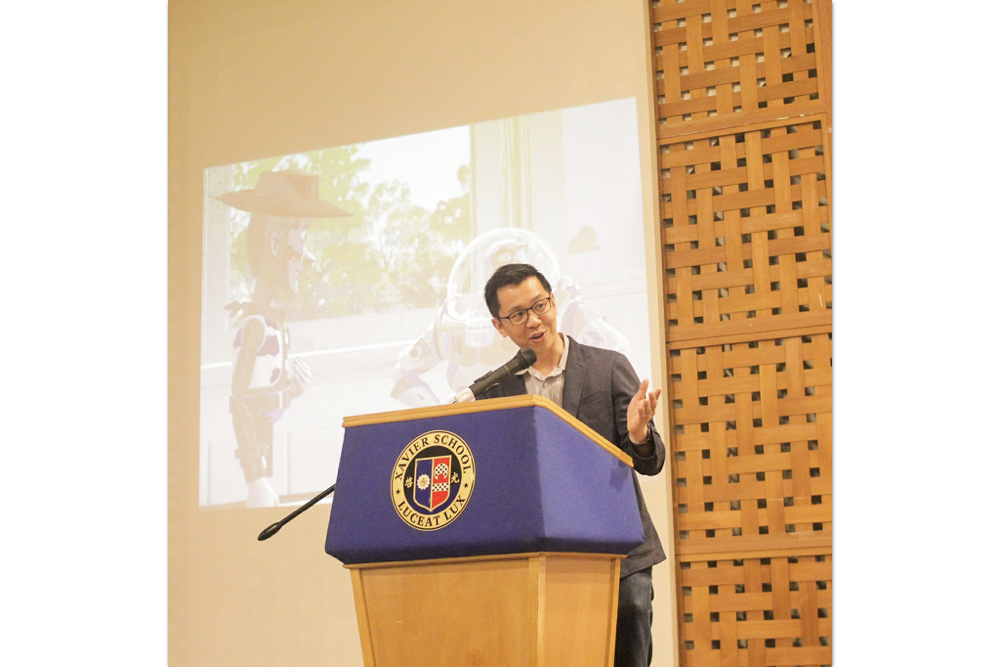 The morning of June 21, 2019 was certainly an event to remember as the grade school students gathered at the Angelo King Multipurpose Center to celebrate academic excellence during the Annual Reading of Honors for School Year 2018-2019. Awards were presented to seventeen Grade 6 students who did an outstanding performance last school year.

The following students went up on stage to receive their respective awards: 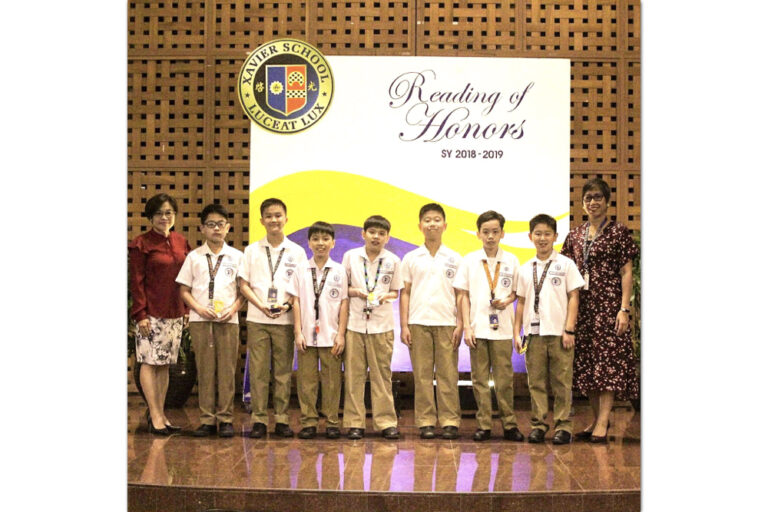 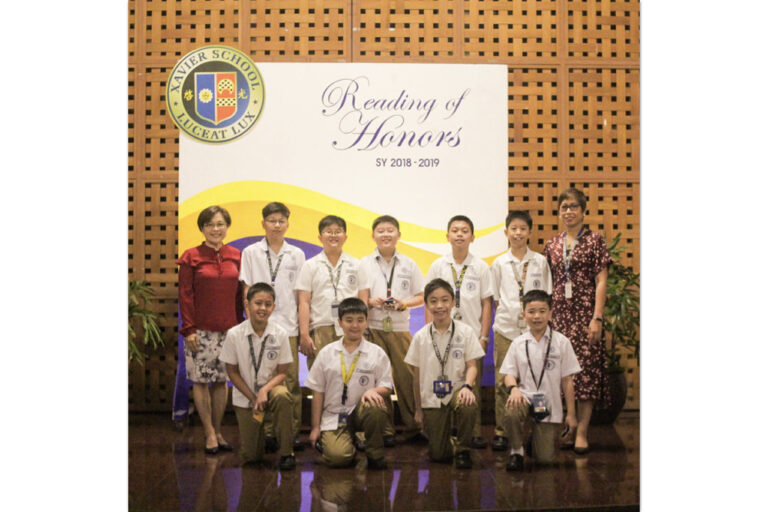 This year’s Reading of Honors was also graced by the presence of Xavier School alumnus and former coordinator of the New Experiences with Technology (NExT) office, Mr. Galvin Radley Ngo (XS 2000). Mr. Ngo served as an inspiration to the students as he recounted his own experiences as a Xaverian who had his fair share of achievements and even failures. As the renowned educator constantly highlighted some scenes and morals taken from the Toy Story film animation series, he left an important message to the younger generation of Xaverians and that is to always strive to be better with and for others in the midst of success. You may read Mr. Ngo’s full speech below: 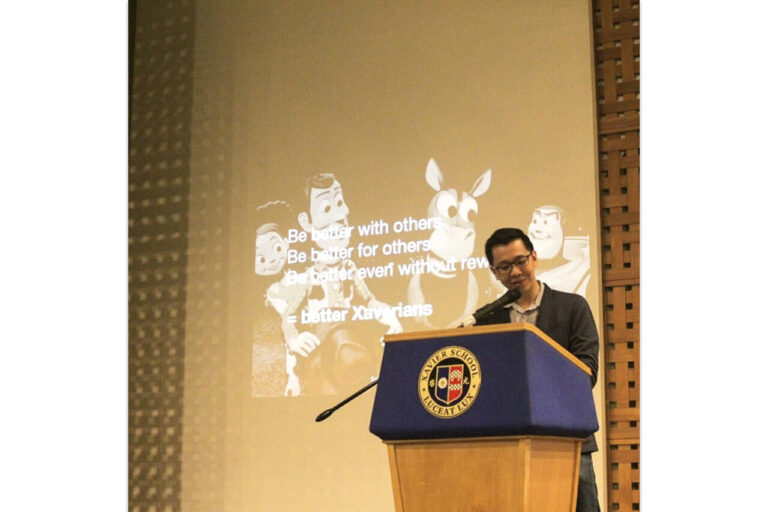 When I was preparing for this talk, the first question that came to mind was: What are we celebrating today? I tried to recall the experiences I’ve had as a teacher here, and as a student like you, and what came to mind was this: Maybe what we’re celebrating today is really about “being a good student.” Obviously, those who have met a certain level of academic standards will be given awards today. But more than getting awards, what does it truly mean to be a good student?

In the next few minutes allow me to share with you some thoughts about what I’ve realized about being a good student. To answer this question, we will draw wisdom from one of my favorite films, and one that my 2-year-old son, Asher, has just recently discovered—Toy Story (or in his words “Toystoy”).

I chose the movie Toy Story, because I think that in a lot of ways, being a good student is the same as Woody’s constant struggle to be “a good toy.” Here are 3 lessons we can learn from Toy Story.

Toy Story 1 opens with this exciting scene where Andy is seen playing with his toys, where Woody was the star of the show. Early on in the movie we learned that Woody was Andy’s favorite toy, but then pretty soon we were introduced to a second character: Buzz Lightyear—new, shiny, more hi-tech toy that had definitely caught the attention of his friend, Andy. For most of the movie, it was really about who was the better toy, and Woody’s quest to prove that he was the best.

Maybe for some of us, the reading of honors can feel this way—separating the best from the rest. As a student like you, I remember sitting in different rows—sometimes in front when I was an awardee, sometimes at the back, when I wasn’t. Sometimes, this made me think that the goal was always get to the front row—to be better than others.

However, we know what happened in the story—Woody and Buzz got lost, and to find their way home, they realized that they had to work together. Woody realized that being a good toy was not just about becoming better than others, but also becoming better with others. This means that being a good student may not be about fighting your way to the front to get ahead of everyone else, but really about helping everyone move forward—to share the spotlight so that more people can shine.

In Toy Story 2, we see another side of our friend, Woody. Woody discovers that he is actually a famous character—a collector’s edition. Thus, a new dilemma! Should he stay in a museum—where he will be seen and recognized as a famous toy forever, or should he go back home to Andy—where he might eventually be outgrown and get worn out?

In a way, for the awardees, being awarded today probably feels like you’re being put on a pedestal or a glass case for everyone to recognize you—and this is well-deserved. For the rest, maybe this makes you feel like you want to be on the pedestal, too. After all, it feels good to be in the spotlight. But is that all there is to being a good student?

Although Woody loved the attention, he eventually realized that as a toy, what mattered most was not the recognition of being a good toy, but to be able to do what a good toy should—to be played with, and to make Andy happy. Therefore, he went home.

When I was a student, I thought that grades and awards were the ultimate goal of studying, but later on I realized that the real reward comes when I am able to use what I have learned to help others, even in the littlest of ways like tutoring my sister, or helping my mom compute our groceries.

In Toy Story 3, Woody faces another tough dilemma. Andy is about to move to college, and he will be leaving his toys behind. The toys will eventually be donated to a daycare center for other kids to play with. Why was this a problem for Woody? Because if this happens, Woody will no longer be special—he will just be one of the toys. He will no longer be in the spotlight.

It’s often easy to be a good student when you know you will be rewarded, but what if you won’t? I have a confession to make. When I was a student like you, I remember how sometimes when the quarter is about to end, and I knew that I won’t make the honor roll anymore, I would just choose to slack off. I won’t get an award anyway. The real test of being a good student is when you strive to be better, even without the rewards, even when no one is looking.

In the last scene of Toy Story 3, Woody joins the other toys in a box of toys that Andy gave to Bonnie. Instead of remaining with Andy and continuing to enjoy his attention, he joins the rest and chooses to become “one of the toys.” Maybe he knew that being a good toy isn’t always about being the favorite one.

This leads us to Lesson #3: A good student continues to strive to be better, even without reward or recognition, even if one is no longer in the spotlight.

Be better with others

Be better for others

Be better even without reward

These are the 3 things we can learn from Toy Story about what it means to be a good student. It’s not just about getting high grades or getting awards, it’s also about taking up the challenge to be better.

So, what are we celebrating today? I think one thing that’s worth celebrating is really how all of you have strived to become better Xaverians—to be a light not just for yourself but for others, too. To be light even when no one is looking.

Once again, congratulations to everyone and I wish you well in your journey to be a Xaverian we can all be proud of, to infinity and beyond. 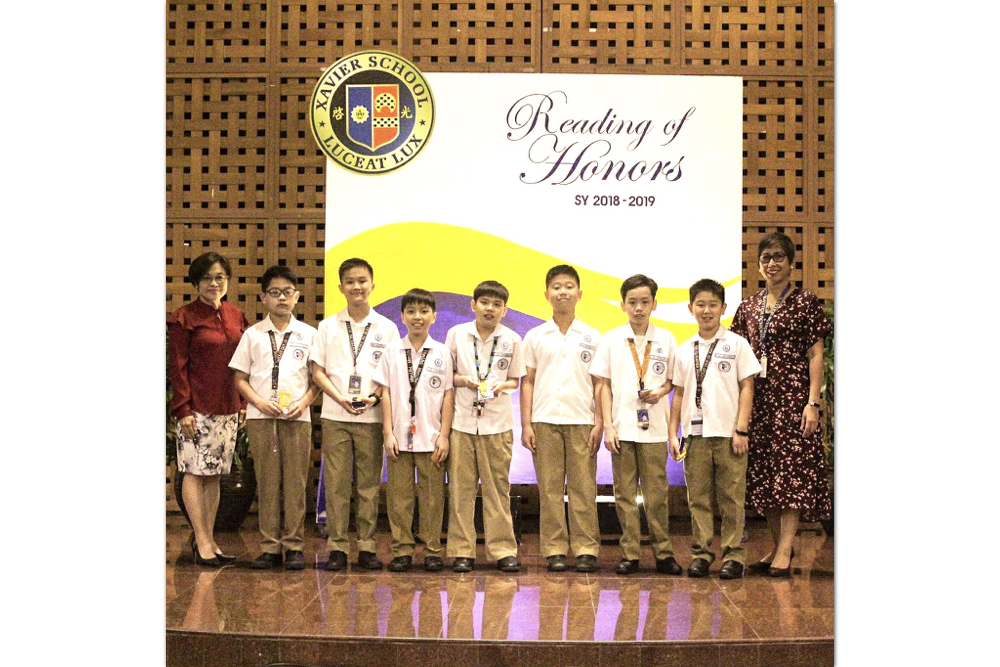