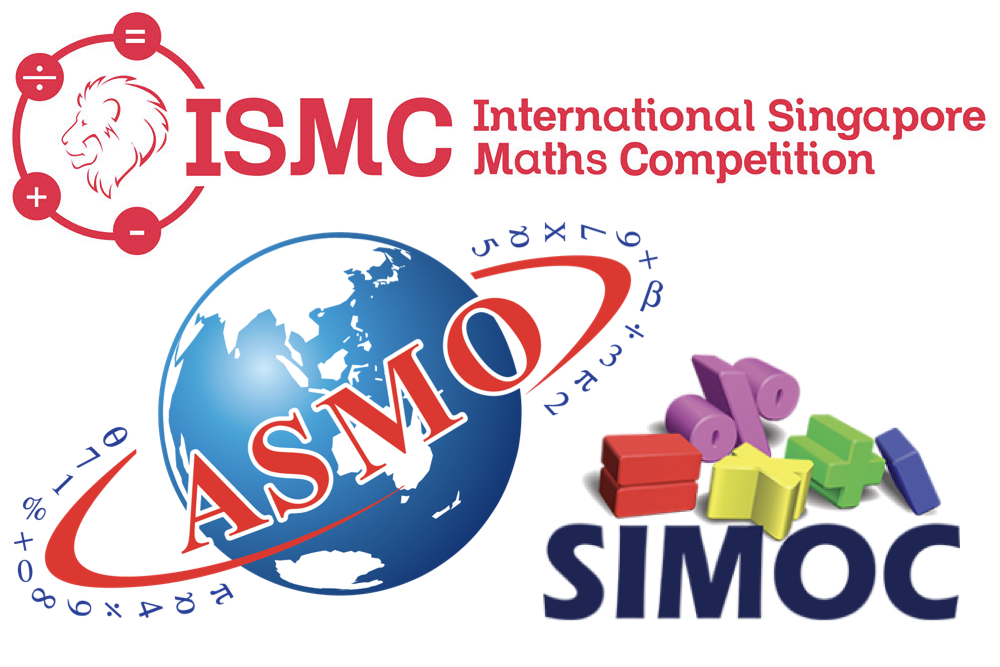 Logos for ISMC, ASMO, and SIMOC from the competitions' respective websites.

Xaverians have continued to earn recognitions at mathematics competitions over the past few months. We are proud to announce the victorious students from three recent competitions, the International Singapore Maths Competition, Asian Science and Maths Olympiad, Singapore International Maths Olympiad Challenge, as well as the honorees of this year’s Youth Excellence in Science Awards.

Earlier this year, the youngest members of the high school community went up against over 12,000 students form 24 different countries at the ISMC, garnering 13 medals.

The International Singapore Maths Competition (ISMC) aims to promote excitement and enthusiasm in mathematics among primary school students. It accomplishes this through a competition that is of a high standard, providing deserving students with prestigious achievement and introducing them to the educational arena of mathematical competition.

The following Grade 7 students were recognized this year:

Asian Science and Maths Olympiad International (ASMO) 2020 is a relatively new platform that aims to expand the level of competition among primary and secondary students, providing them with opportunities to compete internationally. It is designed to test student’s knowledge in Mathematics and Science at their grade level.

Five Xaverians were awarded in ASMO’s Philippines State Round for Mathematics this year:

Singapore International Math Olympiad Challenge (SIMOC) is a one-of-a-kind mathematics competition which not only tests the ability to solve mathematical problems in a traditional sense, but also tests the ability to work as a team, to play interactive games and to solve puzzles. SIMOC gives our students an opportunity to compete with top young minds in mathematics from around the world and learn from each other as a team.

Competing against thousands of students from 15 countries, four Xaverians earned recognitions at SIMOC:

At this year’s YES Awards, 14 skilled and talented high school Xaverians were honored:

The Xavier community warmly congratulates these students for their passion and dedication to competence in mathematics. Luceat lux!