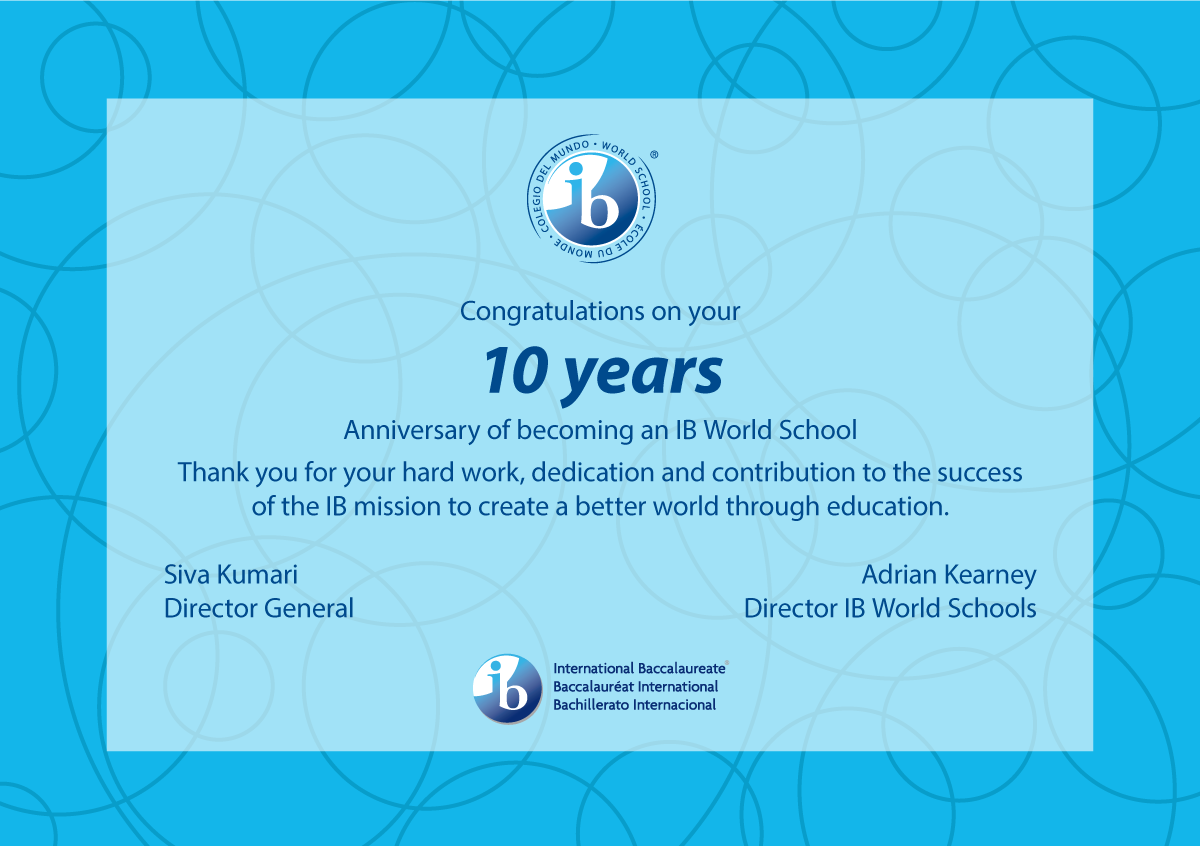 Xavier School in the Philippines celebrates its 10th anniversary as an International Baccalaureate (IB) World School. This is a milestone for Xavier School which joins a legacy of IB World Schools around the world to reach this landmark.

The IB Diploma Program is available to students to study at Xavier School, which went through IB’s rigorous authorization and evaluation process. The Diploma Programme (DP) is for students aged 16 to 19 and is comprised of six subject groups including three DP core subjects.

Since the school first became an IB World School in January 2010, the school has been supported by the IB organization that has worked closely with Xavier School to implement the IBDP offered to students. A total of 539 students (Cohort 1 to 9) have graduated from the school having completed the IB Diploma Programme since it was first introduced at the school.

Mr. Michael Ryan Bulosan, IB Diploma Program Coordinator, said: “Being an IB World School has truly shaped our school’s culture and has pushed educators and students to strive for excellence and to be lifelong learners. Xavier School continues to support the IB’s mission to develop inquiring, knowledgeable and caring young people who help to create a better and more peaceful world through intercultural understanding and respect.”

To celebrate the occasion, Xavier School held the XSIB@10 Homecoming on January 11, 2020, completed the second DP 5-year program evaluation in June 2020 and concluded the anniversary with the XSIB@10 Masterclass Conference last January 5, 2021.

Adrian Kearney, Director IB World Schools, said: “The IB is proud to have Xavier School as part of our global family of schools. It has been an inspiring provider of the IB Diploma Program for the past 10 years, giving students the confidence and ability to reach further and be the best they can be in an ever-changing and unpredictable world. As an organization, the IB thanks the school for its commitment to fulfilling and delivering the IB’s mission of education for a better world and look forward to many more years working with the educators at Xavier School.”

Congratulations to Xavier-Kuangchi Exemplary Alumni of 2020