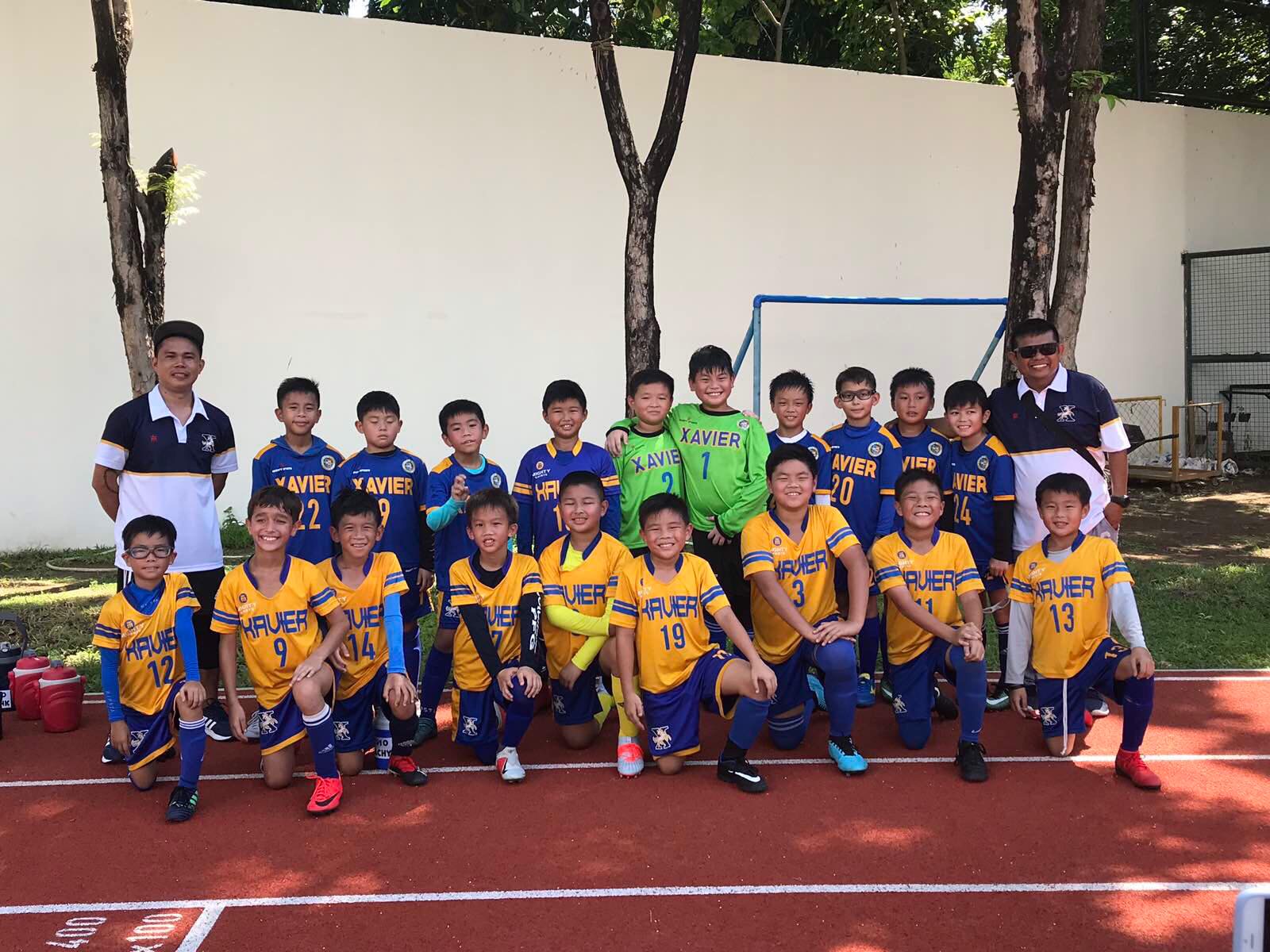 The Xavier School 2010 Football team sent two teams to compete in the Rizal Football Association (RIFA) Cumulative Festival finals last October 5, 2019 at International School Manila. The RIFA tournament is the most important inter-school tournament in Metro Manila where the best football teams of private and international schools compete per age level. Both Xavier teams reached the top 8 out of 19 teams in the RIFA finals which highlights the team’s sound football program under the leadership of Coaches Darwin Salvador, Merle Reyes, Raymund Buensuceso, and Program Head Wilhelm Laranas.

The Xavier YELLOW team beat first seed LSGH in the quarterfinals which ended up in penalties in favor of Xavier, thanks to the goalie with nerves of steel, Rione Sy, and goals by Brody Dizon, Javi Sarmenta and Liam Osmeña. Pushing through, Xavier Yellow beat the favored Ateneo team in the semi-finals in a heart-attack inducing game which resulted in 2-1 in favor of Xavier (goals by Alex Blake and Liam Osmeña).

They later went on to beat Southridge in the finals with a nerve-wracking 1-0 result. The winning goal was made by Liam Osmeña. Going from the 8th seed at one point to winning the tournament made the win all the more special for these boys. The Xavier BLUE team finished fourth.

Congratulations to the Xavier School 2010 Midgets E Football Team who reclaimed their RIFA Cumulative Festival championship which the last won in 2017. This team continues to embody the values of teamwork, brotherhood and unity!

The members of the XS Midgets E team are: