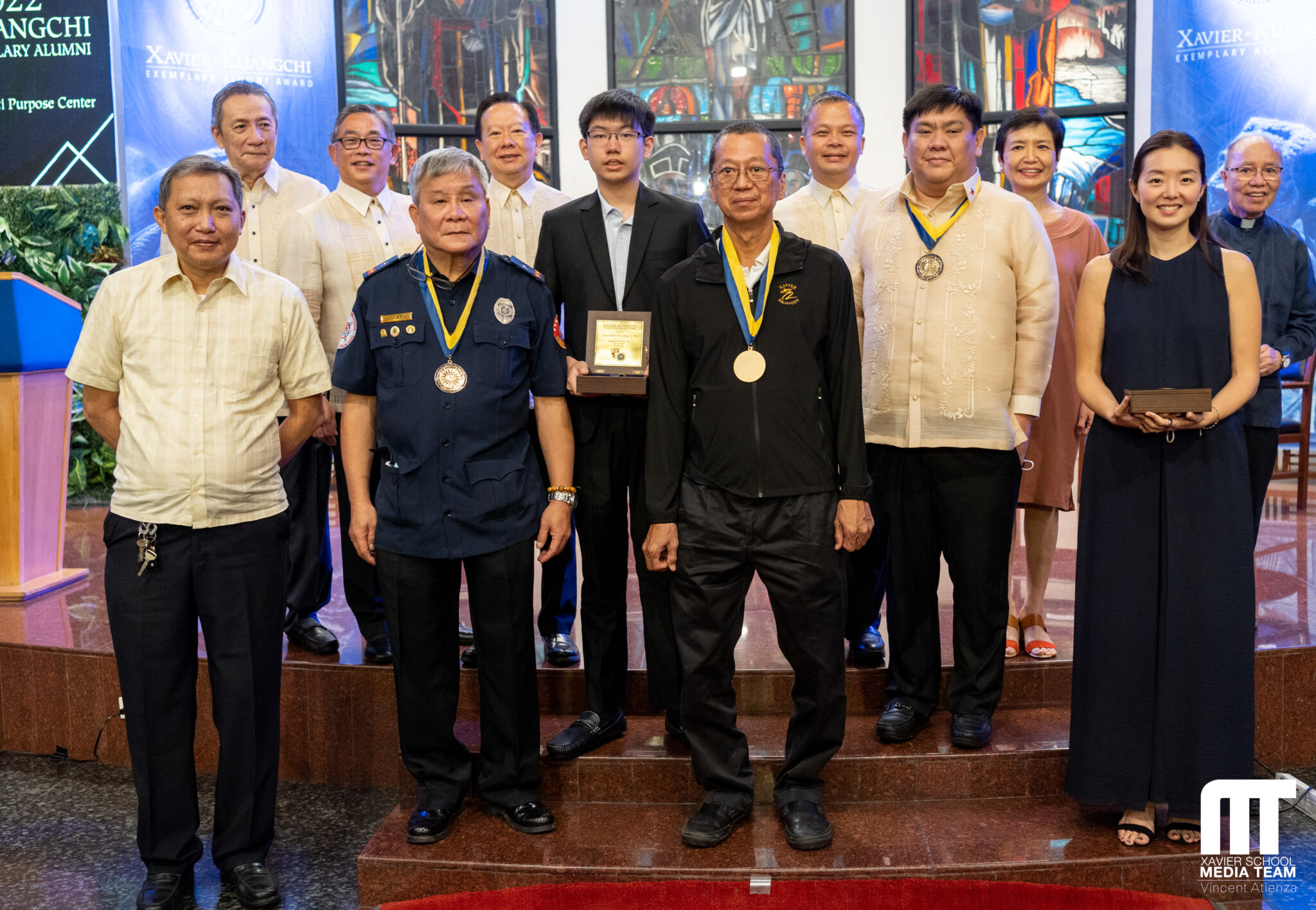 It was an occasion to recognize Xaverians who, by their leadership and service in their respective fields, have earned the distinction of being officially recognized as Xavier’s exemplary alumni.

The Xavier Kuangchi Award for Exemplary Alumni is conferred on the Xaverian who, in his unique way, has lived out the Xavier Ideal of being a man fully alive, whose talents and resources have so generously been placed in the service of others.  He embodies, to an outstanding degree, the 6 Cs that characterize the Xavier graduate: Competence, Character, Conscience, Compassion, Culture, and Community.

The Master of Ceremonies for the event was Mr. Jude Manuel SP Liao III, Class of 2012. After the prayer, led by Fr. Arnulfo Bugtas, SJ and the singing of the National Anthem, led by De Novo,  the ceremony officially began with the opening remarks of Mr. Rodolfo P Ang, Class of 1979.

The 2021 Xavier-Kuangchi Award was bestowed upon the following recipients:

Mr. Melchor S. De Asis of the Class of 1972 for his dedicated service to his community as a volunteer firefighter.

Mr. Roger Philip S. Py of the Class of 1973 for his dedicated service to his community as a volunteer firefighter.

Mr. Timothy Paul A. Llanos Dee  of the Class of 2001 for his dedicated service to his community as a volunteer firefighter.

After the 2021 awards were presented, the audience was serenaded by De Novo during the short intermission. The next set of awards were then presented to the 2022 recipients by  Dr. Joseph Ng and Mr. Exxon Yu, both Xavier Kuangchi Exemplary Alumni Award Recipients, 2020.

The 2022 Xavier-Kuangchi Award was bestowed upon the following recipients:

Dr. Erickson W. Chiu of the Class of 1975 for his active and selfless engagement with his community (posthumous). Dr. Chiu’s brother, Ellsworth Chiu, accepted the award on his behalf.

Mr. Phillip L. Ong of the Class of 1968 for his active and selfless engagement with his community. Mr. Ong’s daughter, Clarisse Ong-Tiu, will accept the award on his behalf.

After the awarding rites, the School President, Fr. Aristotle Dy, SJ, delivered his closing remarks.  The full speech may be viewed here.

This was followed by the reciting of the Xavier Pledge by the alumni as a renewal of commitment to the ideals of Xavier School. This was led by the President of the Alumni Association of Xavier School, Mr. Artemio Victor A. Sanchez III of the Class of 1986.

The community sang the school song, Luceat Lux, led by De Novo, and a dinner celebration took place after the awarding ceremony.

Photos and the video recording of the event may be viewed below.