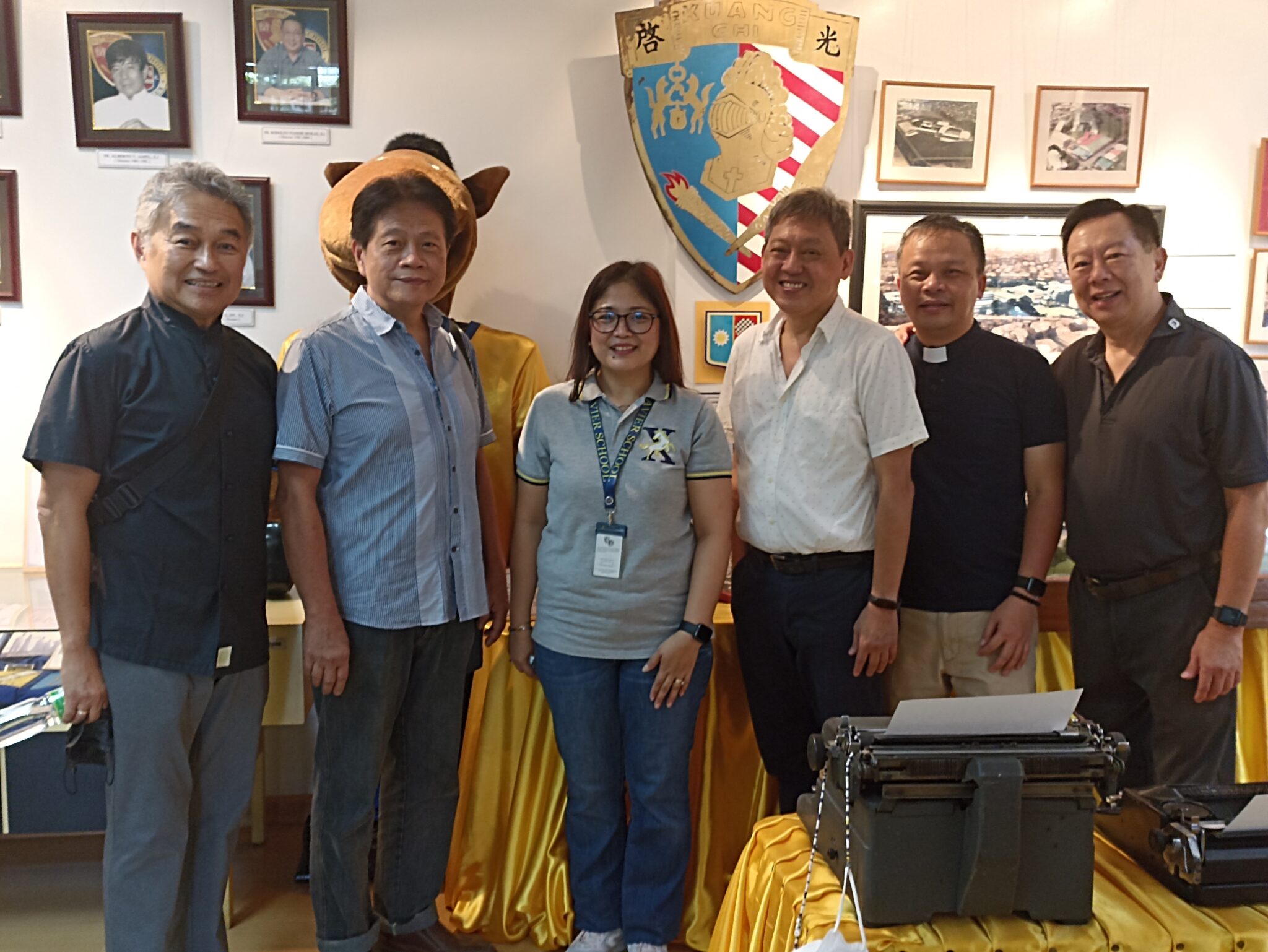 Representatives of Batch 1973 with Fr. Ari and Mrs. Jane Diaz

The Father Santos Mena, SJ Archives Office was established with the vision to inspire Xaverians to be  “persons fully alive, endowed with a passion for justice and the skills for development” by recalling the rich history of the school community.

In recent years, several donations were made which helped attain one of the main goals of the Archives Office – to provide adequate facilities for the retention and preservation of such records.

One such donation was from the High School Class of 1973.  Mr. Samuel Uy suggested the donation of the Network Attached Storage Device and 2 8TB Ironwolf NAS HDD to his batch mates as he was doing his research at the Archives Office.  He was in the process of preparing the commemorative book for the celebration of the 50th  anniversary of his batch.  The formal turn-over of the equipment was done on November 16, 2022 at the Archives Office.  Batch 1973 was represented by Mr. Johnip G.  Cua, Mr. Samuel T. Uy, Mr. Vladimir Frias Reyes, and  Mr. Joaquin Gaw Yok Lin.  Fr. Aristotle Dy, S.J., the School President, and Mrs. Mary Jane Diaz, officer of the Archives Office, were present to receive the donation. Also present were Mrs. Cindy Lau and Mrs. Allyn Go Tian of the Development and  Alumni Relations Office; Mrs. Josefina R. Galvez, School Registrar; and Mr. Stephen Alfonso and Mr. Alfred De Leon of the ITS Office.

The Archives Office has received other donations such as the Image Scanner fi-7140 from Mr. Bansan Choa and Mr. William Chua for HS Batch 1970; and the Digital Smart 4K UHD LED TV from Mr. and Mrs. Vichelli Churchill Say of HS Batch 1990.

The School is truly grateful for the generous donations to the Archives Office as it pursues the mission to preserve and promote the institutional memory of the school so that the Xavier community can discover and learn from this documentary heritage.