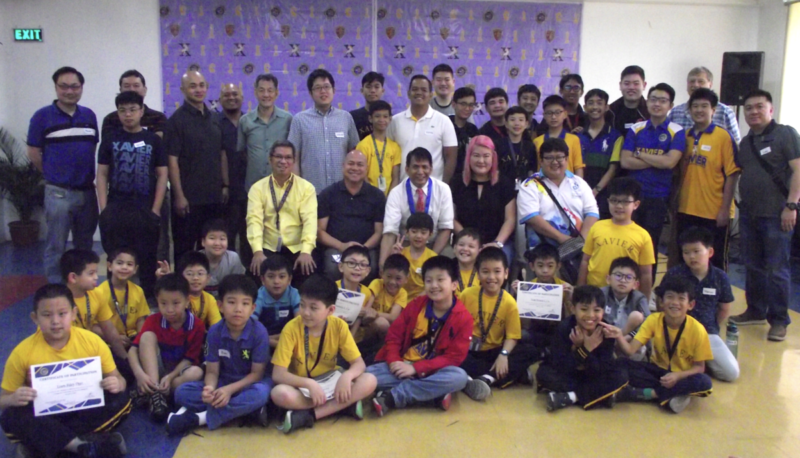 Chess enthusiasts of the Xavier School community with GM Joey

Last November 9, 2019, Xavier School welcomed renowned Filipino Grandmaster (GM) Rogelio “Joey” Antonio, Jr. for a chess simultaneous exhibition. Forty-five  Xaverians, alumni, and members of the school community valiantly pitted their wits against GM Joey, who is the Philippines’ 3rd grandmaster and holds the record as the 13-time champion in the Philippine Open.

A Chess Simultaneous Exhibition is a type of tournament where an exhibitor plays against multiple challengers at the same time. It gives the challengers a rare chance to experience playing opposite a high caliber athlete. This event marks the second time a grandmaster visited Xavier School for simul-exhibition. The first was a decade ago in July 2008 with GM Wesley So, who recently obtained the distinction of being the first Fischer Random Chess World Champion. 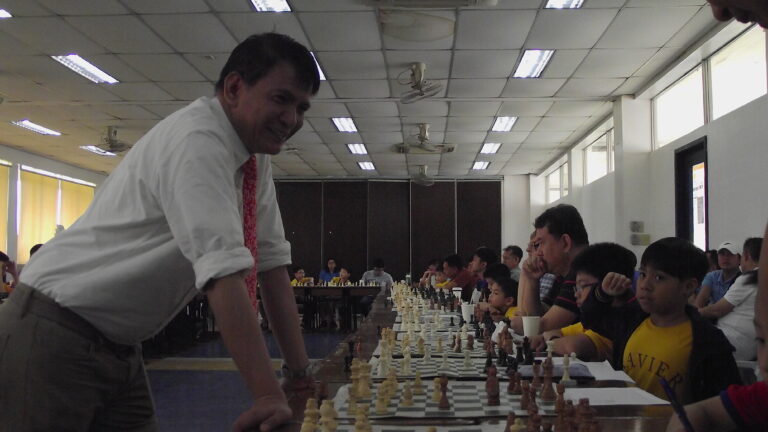 In a touching speech, GM Joey Antonio recalled his own struggles to becoming a grandmaster. Born to a poor family, GM Joey worked as a newspaper vendor when he was young. He started playing chess at the age of 11. He remembers playing against GM Eugene Torre in a simul-exhibition, and never imagined he might someday also become a grandmaster himself. Although offers to play for other countries came along, GM Joey is proud to have chosen to represent only the Philippines in his 38-year chess career. He encouraged young Xaverians to train hard and expressed his hope that everyone will get the chance to feel the pride of representing one’s own country.