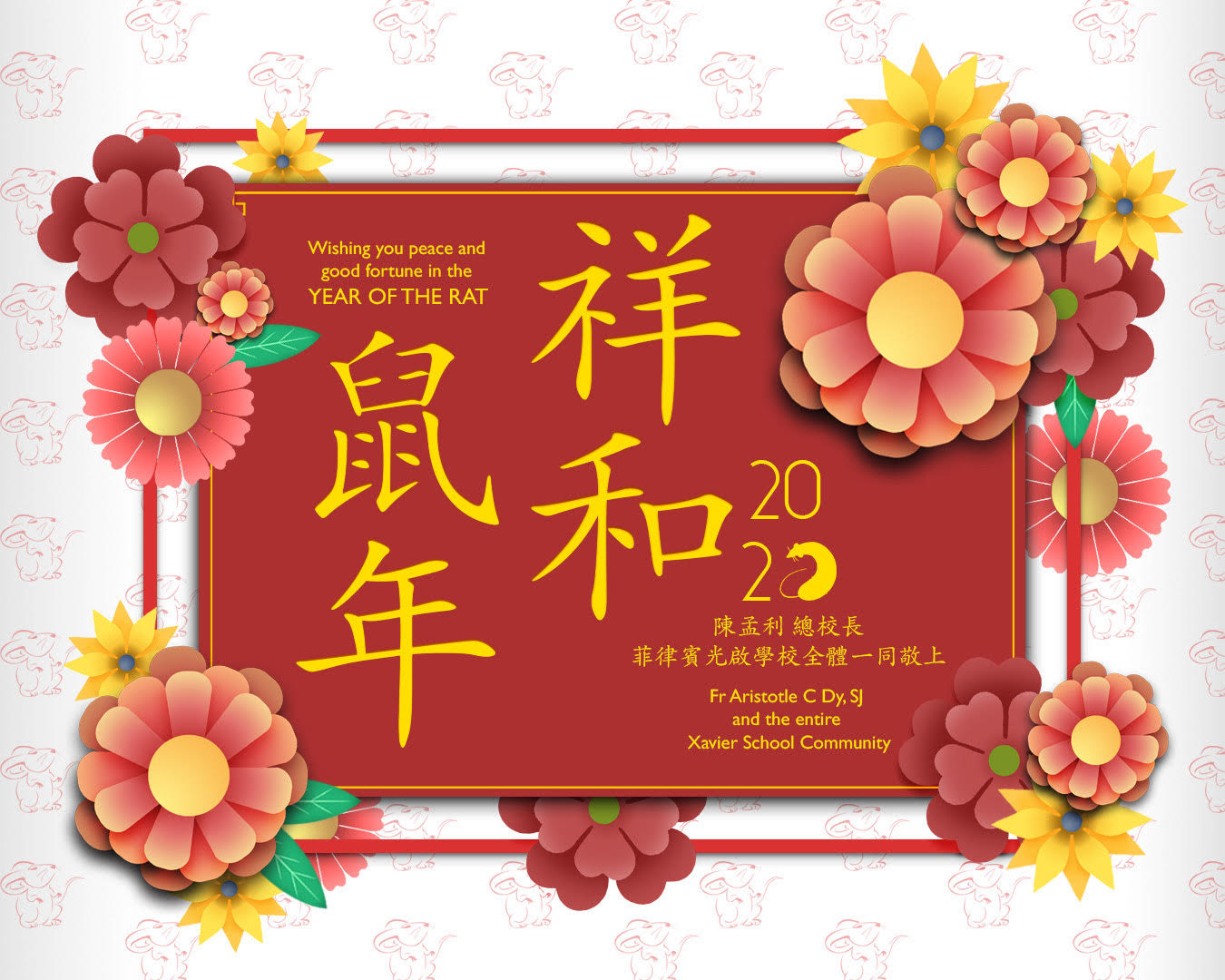 My twelfth birthday was the first time I became aware that the year of my animal birth sign had come around. Chinese astrology going back five thousand years has a complex way of marking time, following a system of “ten heavenly stems and twelve earthly branches” whose combinations have been used to mark the hours of each day, the months of each year, twelve years in one cycle, etc. Since the system is complex, in time twelve animals were used to designate one time unit, to make it easier for people to remember their own birth details. Twelve years make up one cycle, so Chinese people can remember each other’s age through clever guesstimates that are quite accurate, using oneself as the reference point.

I was born in the year of the rat, so I know that people who share my birth sign are either younger or older than myself in multiples of twelve. I can discover other people’s ages once I know their birth sign. More importantly, my birth details (year, month, day, and hour stem/branch combination) constitute four stem/branch pairs that make up my Eight-Character 八字 “pillar of life” that is vital for telling my fortune. These details can be used to assess whether any other person, specially a prospective spouse, is compatible with me. This data is also used to determine the most auspicious time for my major life activities, whether I may attend someone’s wake or funeral, and how I should behave given the cosmological movements of the current year.

At the age of 12, I thought it would be my lucky year! It was “my” year; I should be so lucky! I learned much later that that the opposite was true. There is a Chinese folk belief that during the year of one’s birth sign, one is in conflict with the God of Age, Taisui 太歲 (Jupiter in the solar system, which orbits the earth every 12 years). To avert misfortune and instead be successful during this year, I must wear red clothing gifted to me by others. I can also wear or display various accessories to ward off bad luck, and arrange my furniture to face the opposite of Taisui/Jupiter for that year.

All these ideas form part of the complex world of fengshui or geomancy, the Chinese concepts for harmony with nature. Literally meaning wind 風 and water 水, fengshui is considered a pseudo-science because its claims cannot be proven through the scientific method. In the basic scheme of Chinese cosmology, fengshui is represented by the earth 地one stands on, where one has to attain harmony with one’s surroundings. The other pillars of Chinese cosmology are Heaven 天, what one has been born with including family lineage and birth details; and the human person 人 , one’s actions including education and choices made in order to develop one’s potentials. Life is all about harmonizing Heaven, Earth, and the Human Person.

Fengshui principles receive a lot of attention during the Chinese new year because people want to know what the year has in store for them and what can be done to attract good luck, ensure protection from harm, and attain prosperity. It is quite unfortunate that fengshui has often been reduced to a collection of practices that have been divorced from their original context, and practiced as if they are magically effective. For the Chinese new year, there is a lot of commercially-driven advice about what charms, colors, and accessories to wear or display in order to ensure a good year ahead. No meaningful explanation is provided to explain why such practices will be helpful. Some of it, like consuming food items whose names are homonyms for good luck, may be quite harmless, but wearing amulets and performing rituals that one does not understand can be spiritually confusing.

There are many examples of fengshui practices that are empty rituals and potentially harmful to one’s consciousness. For example, I recently witnessed a cremation where a duck was sacrificed and burned together with the deceased person. This was supposed to break the cycle of three deaths that might befall the family, all because the Hokkien word for duck sounds the same as the verb meaning “to send off.”  Such practices give the science of harmony that is supposed to be fengshui a bad name.

Or take architectural principles and interior design of homes. Fengshui “masters” might charge consultation fees per square foot and tell you exactly what to do. The advice given may or not make sense, but a good rule of thumb is whether the advice is reasonable in the order of nature. It must be about the direction of sunlight, wind flow and ventilation, ensuring safe and smooth passages, etc. A good architect or interior designer can also be a good fengshui practitioner, without the costumes and frills.

Chinese people may draw strength and inspiration from symbols and practices they have been exposed to throughout life, while people belonging to other cultures and traditions also have their own.

What is most important is one’s interior state. No amount of material practices can bring peace to a person who is not centered in one’s identity. The symbols we surround ourselves with can help us be grounded, so whether it’s Chinese charms or Catholic sacramentals like the St Benedict medal, it’s important that one is able to make meaning and connect with the positive energies generated by the symbols. In this sense, there can be such a thing as Catholic fengshui when a Catholic connects with the spiritual legacies of the Virgin Mary, the saints, and God who is Father, Son, and Spirit, through the material objects that serve as reminders of such legacies.

Surround yourself, therefore, with symbols and practices that make sense to you and make you feel grounded and centered. For Catholics, these can be devotional articles that lead you to think of God and all the saints who can help you in your spiritual journey. For the ethnic Chinese, there is a plethora of symbols and practices, but whether religious or cultural, none of the symbols work like magic. They must be understood and internalized, so that they lead to a deeper appreciation of Life. 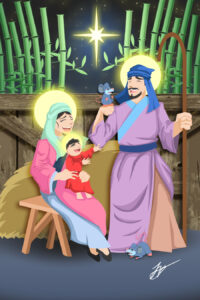 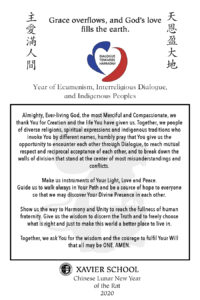