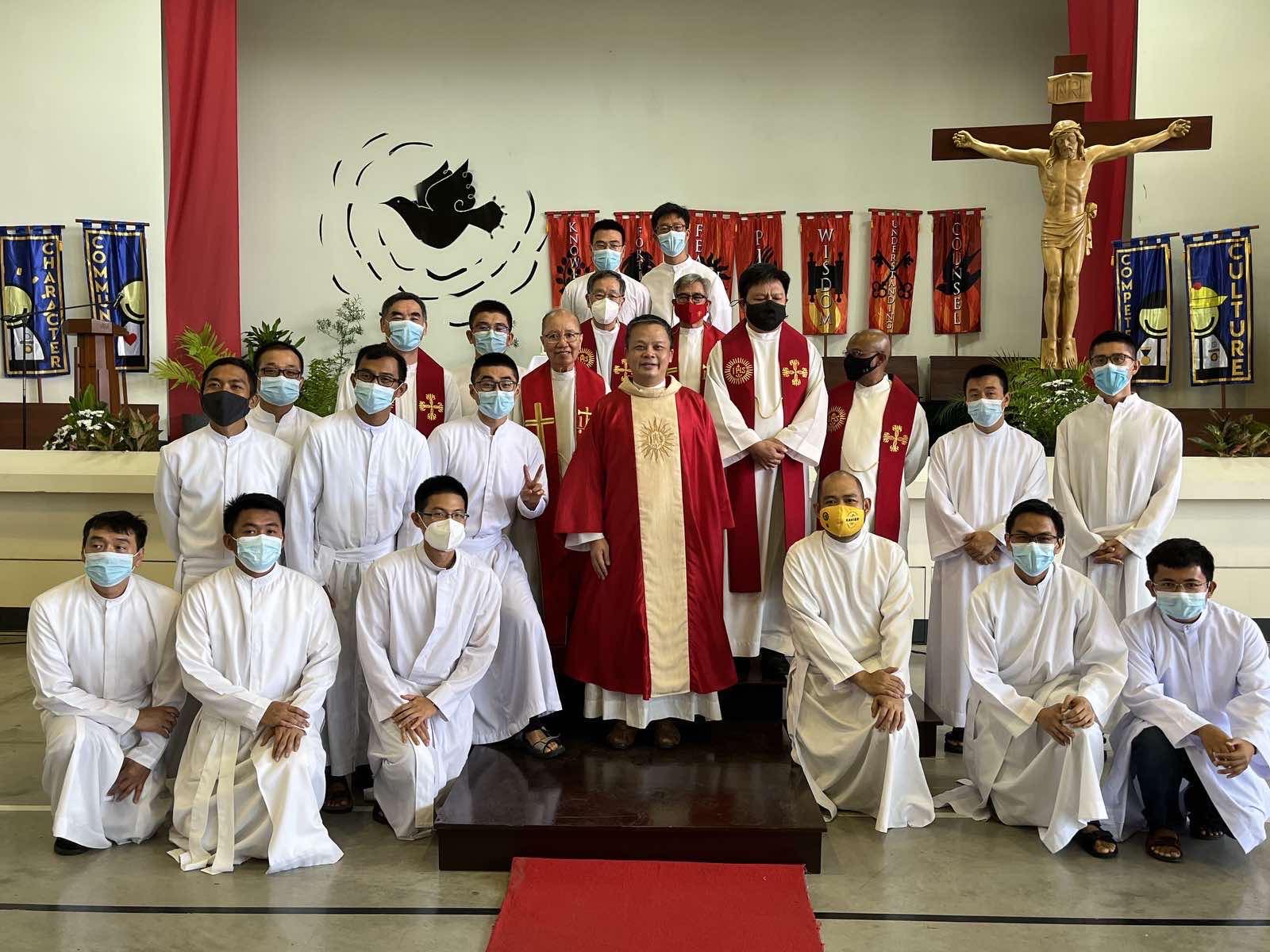 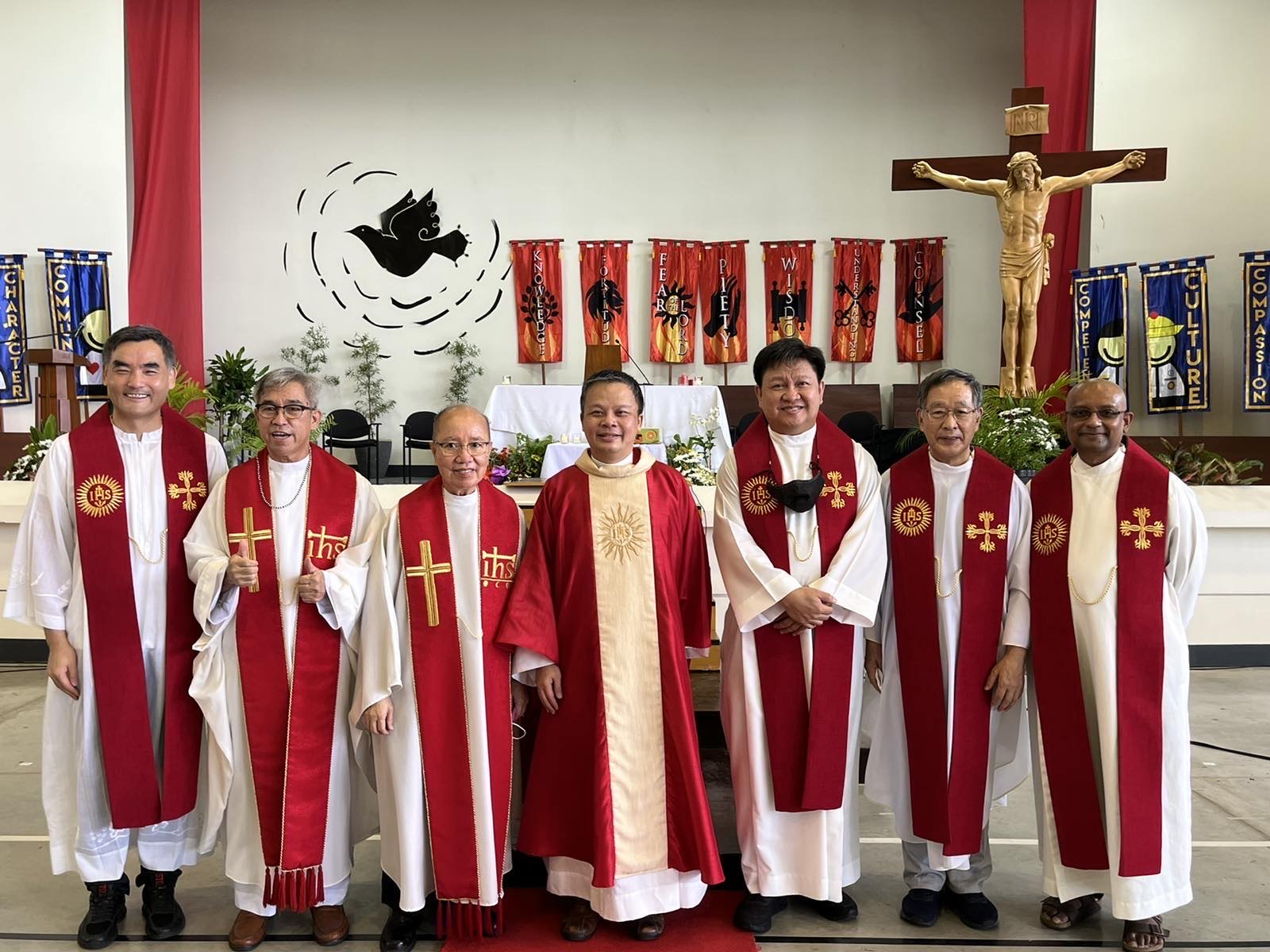 Xavier School Nuvali (XSN) officially opened school year 2022- 2023 with the Holy Spirit Mass held at the Ramon S. Ang Gymn on June 22, 2022 which coincided with the date of the first Holy Spirit Mass of XSN ten years ago. The Eucharistic celebration was presided over by Rev. Fr. Aristotle C. Dy, SJ and concelebrating Jesuit priests from different countries around Asia-Pacific. Fifteen Jesuit seminarians from the Asia-Pacific Region and visitors from De Brito College in Indonesia were also present, serving as links to the Society of Jesus worldwide.

School leaders from both XS San Juan and XS Nuvali campuses welcomed more than 1400 students (onsite and online), benefactors, friends, and school officials from neighboring schools. The Guest of Honor was Mrs Nena Yulo, matriarch of the Jose A. Yulo clan, whose family together with Ayala Land donated the property on which XSN stands. 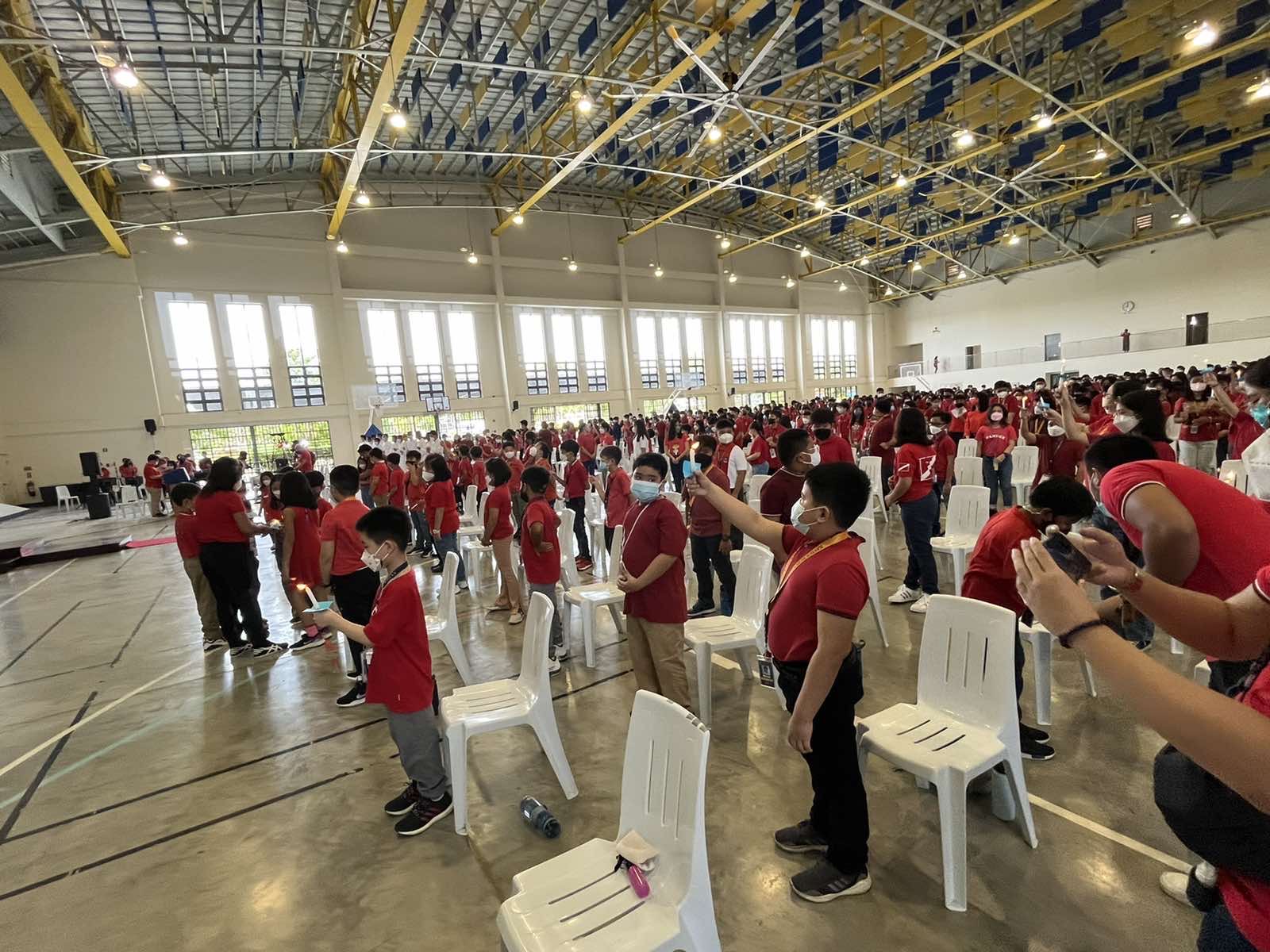