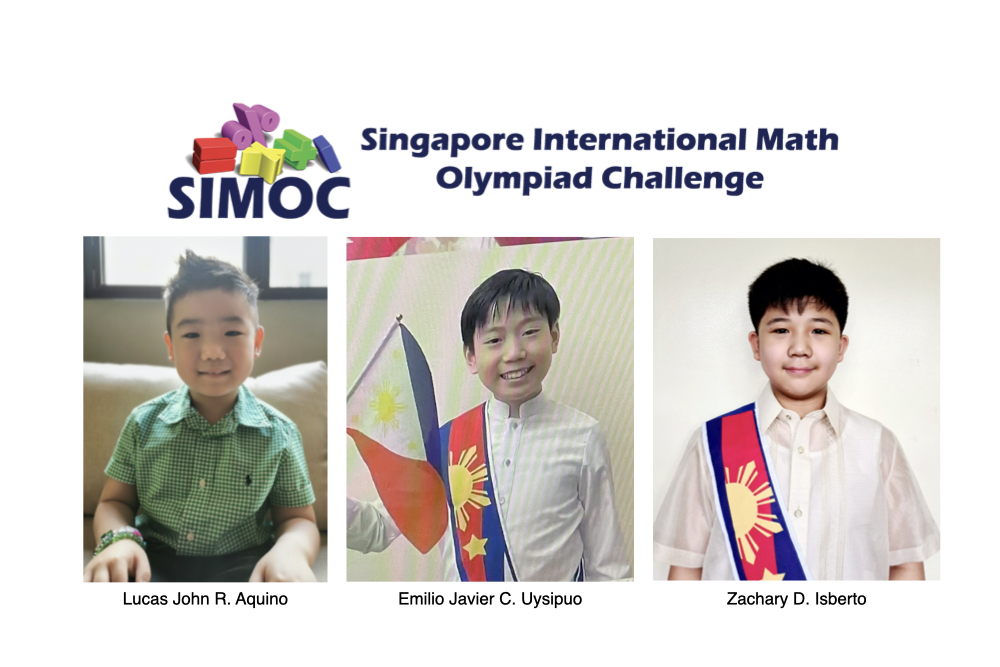 According to simoc.sg, Singapore International Math Olympiad Challenge (SIMOC) is a unique concept of mathematics competition which not only tests one’s ability to solve mathematical problems on pen and paper, but also tests his ability to work with a team, to play interactive mathematical games and solve puzzles. SIMOC gives participants an opportunity to compete with top mathematical talents from around the world and learn from each other as a team. Individual and team recognition awards are given to deserving students.

The following young Xaverians were amongst thousands of young delegates from 25 participating countries from around the world.

Emilio Javier C. Uysipuo, a grade 6 student, received a bronze award at the Math Olympiad Contest. He ranked 14th among participants from the Philippines and ranked bronze globally.

Our delegates participated under their grade levels last school year.

The whole Xavier community celebrates these young achievers as they continue to let their light shine amidst the challenges brought by the pandemic. Congratulations, boys!