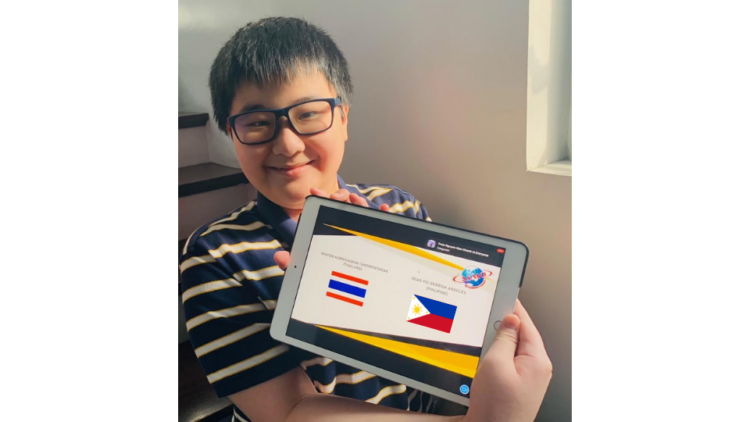 Sean Angeles (7A) at the ASMO 2021 Awarding Ceremony

At the final, international round of the Asian Science and Maths Olympiad which concluded on January 31, 2021, Xaverian Sean Pio Derrick S. Angeles from Grade 7A was awarded a bronze medal. His win came after three grueling rounds of competition. Angeles was one of only four awardees from the Philippine delegation.

The ASMO competition was created to challenge students’ knowledge and competence in Mathematics and Science at their respective grade levels. The design of the competition puts an emphasis on non-routine problem-solution to further stimulate the competitors’ abilities.

Congratulations, Sean, on bringing pride and glory to your family, school, and country. Luceat lux!